For anyone who loves the art of film, it’s easy to have a love/hate relationship with the Oscars. From personal experience, there’s the annual feeling of frustration that certain films, or certain performances, won’t be recognized with a win, or in many cases even a nomination. The Oscars can skew heavily in favor of a certain kind of film that’s seen as more “right,” and they tend to involve older, straight, white men with Issues and Problems. The Oscars don’t have a great track record when it comes to minorities or women, which is an issue that’s clearly evident in this year’s list of nominees. There’s also a tendency to shun blockbusters outside of the technical awards, even when there’s a film or two that may be worthy of being in the mix for Best Picture or another top-tier category.

And yet…it’s hard to deny some of the good that an Oscar can do. Simply getting a nomination can lead to a better box office for a struggling, independently produced film. A win or multiple nominations may open up doors for an actor to choose more challenging work in the future. Seeing the trailers and commercials for Oscar-nominated films at the beginning of the year can encourage people to see something they might not have known about otherwise, because of the weight that an Oscar nomination carries.

I’ll admit that with this year’s nominations, there were some major issues I had with what made the cut. Selma‘s two nominations? Shameful, especially in light of the incredible whiteness of this year’s lineup. The LEGO Movie not getting an Animated Feature nomination? Not awesome. Gone Girl‘s sole nomination in Best Actress, leaving out at the very least a well-deserved nomination for Gillian Flynn’s adaptation of her own work for the screen? I can only hope Amazing Amy gets her revenge.

At the same time, though, I have to acknowledge some of the more positive trends present here. If there’s a theme to this year’s nominations, it’s that multiple innovative directors broke through in a big way with nominations this year. Boyhood, The Grand Budapest Hotel and Birdman are all major achievements for their filmmakers, and they were made without compromising the visions of their creators for something more palatable to the masses. That’s something worth celebrating.

Over the last few years, I’ve made a valiant attempt to see as many of the Oscar nominees before the ceremony as possible. While I didn’t get to every single one, I’ve seen the vast majority this year – 46 of the 60 films in total. (For the record, as of this writing, I’ve seen all of the nominees in every category except: Best Foreign Language Film, Best Documentary, Best Documentary Short Subject, and Best Original Song – though I’ve listened to the nominated song for the one film I haven’t seen). Below, I’m going through nine major categories by ranking the nominees, then offering my thoughts on the category, before making my predictions for the evening.

In the years I’ve been following this category, this is probably the most up-in-the-air race I’ve seen. I can make an argument for any film here to win at this point, though there are definitely films with better shots than others. The way I see it, the win comes down to Birdman vs. Boyhood. Boyhood had the momentum going into the nomination period, thanks to its sweep of various critics’ awards across the country. That being said, when the guilds came along, Birdman started winning everything in sight. Since members of the Academy are also members of the guilds, there’s usually some correlation. Then again, the BAFTAs (the UK’s version of the Oscars) gave their Best Picture award to Boyhood, and there’s overlap with the Academy that’s more representative of the body as a whole. The three major guilds – that would be the Screen Actors Guild, the Producers Guild of America, and the Directors Guild of America – are usually good indicators of where Best Picture may land, but the BAFTAs have a more impressive track record in the last decade. I’m placing my proverbial bet on Birdman ultimately winning, but a Boyhood win wouldn’t surprise me. Just don’t discount American Sniper, which hit its crazy box office run as voting started, and wasn’t in the mix at the other award shows.

Will Win: Birdman, or (The Unexpected Virtue of Ignorance)

Like Best Picture, this one comes down to Boyhood and Birdman. We’ve had splits between Best Picture and Best Director for the last two years, and I can see it happening again this year. Even though Iñárritu won the DGA, I’m inclined to think Linklater will prevail here. After all, it takes a special level of dedication to shoot a film over the course of 12 years, and when the final product works as well as Boyhood does, it deserves some recognition.

I’m torn with this category, at least in terms of predicting a winner. Redmayne delivers a classic Oscar-winning performance, in that he’s playing (a) a famous person, who’s (b) disfigured in some way, which (c) requires the actor to physically alter himself in order to play the character. And Redmayne is not exactly undeserving, either. But in the one acting race that’s not tied up, I’m hoping that Michael Keaton can pull ahead for Birdman. Keaton’s been depressingly underused for well over a decade at this point, and seeing this amazing actor get recognition for some career-best work would be well-deserved. Also: he’s the only nominee here playing an original character.

In terms of ranking, this is the only major category where what is published isn’t definitive in my mind. I’ve shuffled the top three picks around so often, I have a hard time keeping track. That being said, Julianne Moore is more or less a lock at this point, and I’m glad that her likely win here is the result of a great performance, rather than a career makeup award for previous snubs.

Of this year’s acting nominees, I believe the single best and worst nominees both lie in this category. First, the worst: Robert Duvall isn’t the worst part of his film by a long shot, but it is a terrible film, and Duvall’s nomination here would be better served with a different contender. I’m just glad that J.K. Simmons is a lock to win at this point. Simmons is one of those actors who’s brilliant in anything, and his performance is without question the most commanding of the year. 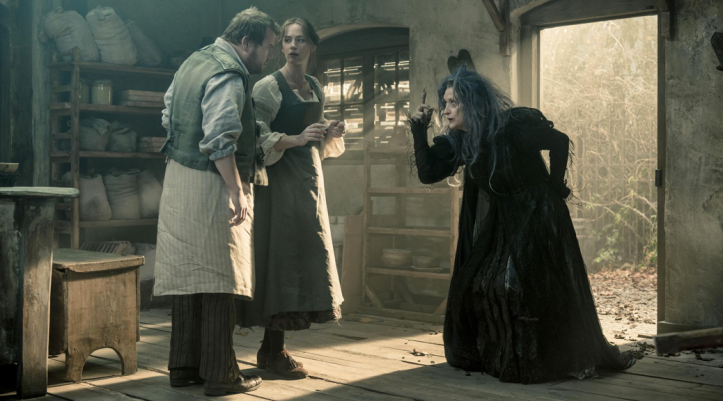 Across awards season, Patricia Arquette has been almost as likely to win an award for her performance in Boyhood as J.K. Simmons has for Whiplash. I don’t think a win would be undeserved here, because watching her character evolve over the course of the film’s 12 years is a significant accomplishment. Personally, though, I’d love to see Emma Stone take this. Supporting Actress is the category that’s frequently produced out-of-left-field winners in the past (see: Marisa Tomei). Stone is a major talent, and she brings her A-game in Birdman.

I don’t have any major issues with this category. The Grand Budapest Hotel won the WGA in this category, and I think it will repeat here. It’s a great film that fits the auteur theme of 2015, but with Boyhood and Birdman dominating other categories, I sense that this is where voters will reward Budapest. I’d love to see a win for Nightcrawler, though.

Will Win: The Grand Budapest Hotel

First off, some commentary: Whiplash being nominated here is an unusual decision by the Academy, since the studio behind the film, Sony Pictures Classics, campaigned for it in Original Screenplay, and the WGA nominated it in that category for its awards. The short film that Whiplash is “based” on was created from the screenplay nominated here – a part of the feature-length screenplay was excised to create the short film, in order to get investors for the feature. Anyway, the WGA gave this award to The Imitation Game, and it could win. I’m placing my bets with Whiplash, though.

Could Win: The Imitation Game

In spite of my frustration over The LEGO Movie‘s snub here, I couldn’t easily say which film it should replace. Even my least favorite of the five, The Tale of the Princess Kaguya, is a worthy nominee. Moreover, the makeup of this category is something I’d like to see reflected in other major categories: a mix of box office behemoths (Big Hero 6 and How to Train Your Dragon 2), creative independent films (Kaguya, Song of the Sea) and a film somewhere in the middle (The Boxtrolls). Of the nominees, I’m predicting Big Hero 6 will take the award, even though How to Train Your Dragon 2 won the Annie Award. Historically, this award has gone to Pixar more than any other studio, and with Walt Disney Animation Studios finally taking the category last year for Frozen, the trend of a Disney-owned studio dominating the category can continue. On top of that, the Annies have an unusual tendency to reflect the winner here every other year. Frozen won both awards last year, so we’re due for a split.

Could Win: How to Train Your Dragon 2

Should Win: Song of the Sea

This site uses Akismet to reduce spam. Learn how your comment data is processed.